utting up a good and long password is advised by cybersecurity, however, cybersecurity doesn’t teach us how to identify the hacker hacking into your computer. It doesn’t matter how strong you are creating passwords, there is always be an option for hackers to crack your passwords.

The hackers nowadays have been creating well-developed algorithms, which can speed up the processes to discover your password codes. So if you are one of them who thought that putting up a tough password is a secure way to stay away from hacker then this article is just for you. Today we will discuss some password cracking techniques used by hackers to hack into our account 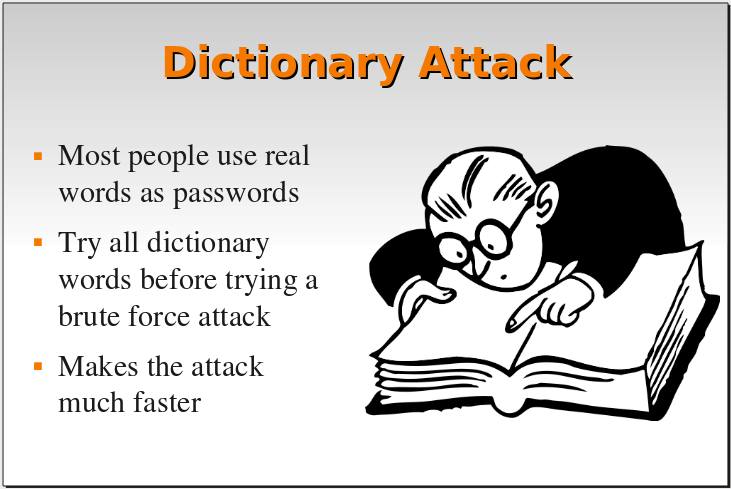 Dictionary attack is a technique used by most of the regular hackers to determine the passphrase by trying their luck many times. Unlike its name, it works like a dictionary it is just a simple file which contains some unusual words that many people use as their password it is one of the easy ways to hack into anyone’s account. But putting up a tough password can beat this attack. 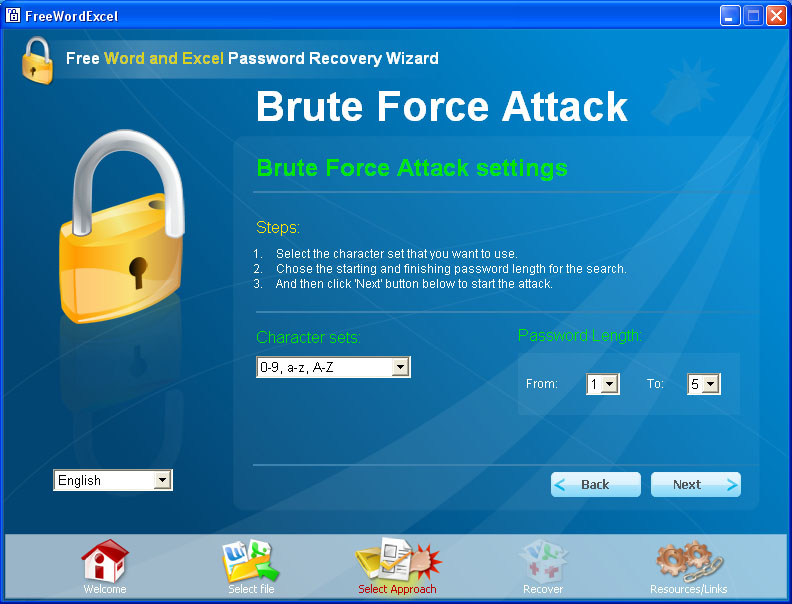 The main motto of Brute force attack is to crack passwords. It will try its level best and try every possible combination until the password is found. But nowadays, people are smarter, so the growing size of passwords is making Brute Force attack difficult to crack any password. It is much similar to Dictionary attack it is something like the upgraded version of Dictionary attack.

Phishing is the easiest method used by hackers. It does nothing, it simply ask users for their passwords but the process of asking password is unique and different, Hackers used to create the fake page, fake emails, fake apps etc. It simply asks you to log in with your Id and password and once you have entered the details, your details are transferred into hacker’s server.

#4 Trojans, Viruses, And Other Malware

These programs are usually developed by hackers for the sole purpose of generating the target destruction. Viruses and worms are usually added to a user’s system so that they can make the full use of a machine or a network as a whole, and are usually spread by email or either it is hidden in any applications. 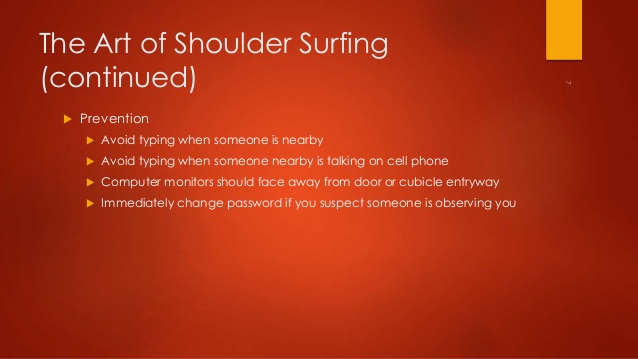 Shoulder surfing is the practice of spying on the user of a cash-dispensing machine or another electronic device in order to obtain their personal identification number, password, etc. It is mostly found in the eye-catching notes stuck in front of your LCD monitor which keep asking you to login into them.

This is a technique often used to find weaknesses on a given server. It is normally used by those who are responsible for security to find vulnerabilities in the system. Port Scan Attack is used to send a message to a port and wait for a response and the received data from the open port is an invitation for hackers to hack into your server. 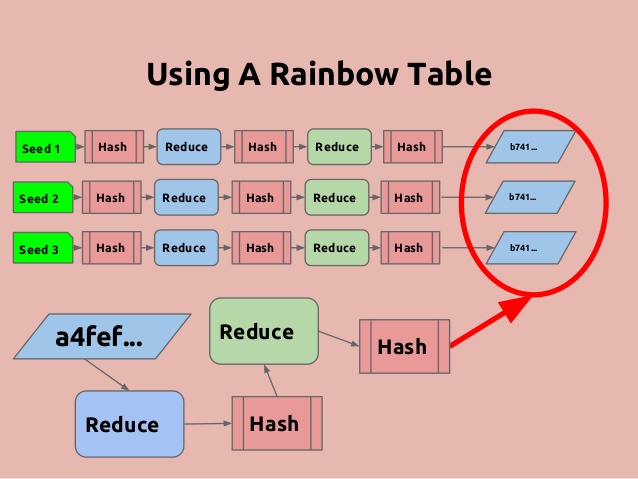 Rainbow Table is usually a large dictionary which contains loads of pre-calculated hashes and the passwords from which they were calculated. The major difference between Rainbow and other dictionary attacks are Rainbow table are specially optimized for hashes and passwords. 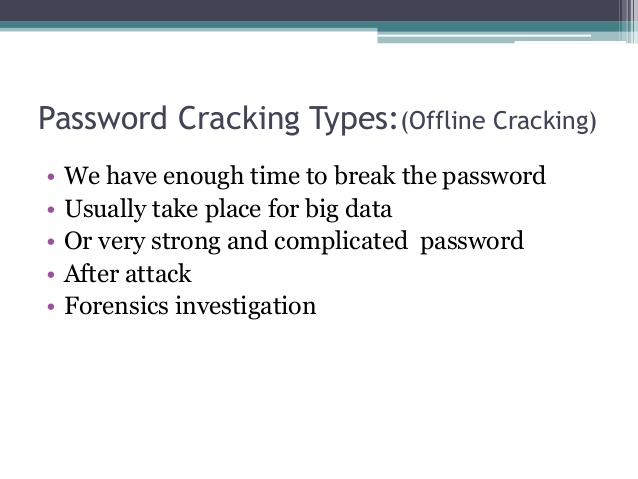 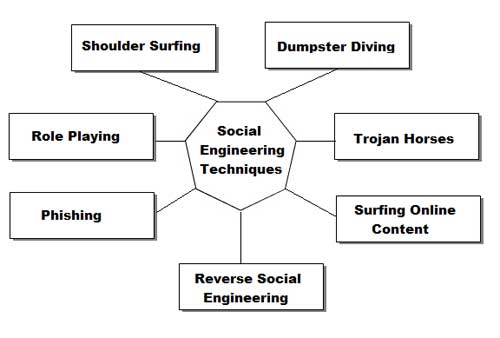 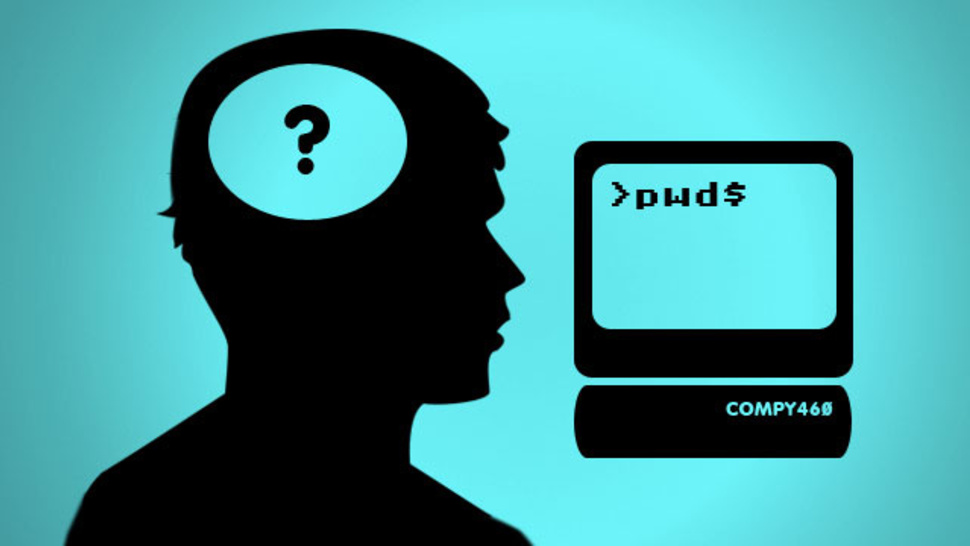 Well, the hybrid attack is another well-known hacking technique which is widely used by hackers. It’s the blend of the dictionary and brute force attack. In this attack, hackers add numbers or symbols to the filename to successfully crack a password. Most of the people change their passwords by simply adding a number to the end of their current password.

But does your page, network or computer is vulnerable?

Even if you use all possible security systems, it is sure that there is, at least, a loophole that can be exploited. The best way to protect yourself is still acting sparingly and carefully. On the internet, often things are not what they appear to be, and attention is always an important and very effective way to avoid more serious problems.

The Impact Of Technology On Computer Education

5G Technology may be ready in June

You Must Settle These 5 Money Matters Before March 31

How to check the Status of Driving License?

Samsung Galaxy A8 and A8+ with its waterproof technology

No Police Verification for New Passports

Soon, you can buy mutual funds from Paytm

OPPO opens its own Research Institute focusing on A.I. and 5G technology

Top best mini laptops of this year by technology book

mAadhaar App: How To Add Profiles Of Family Members

Quantifying the Gender Gap in Technology

Here’s all you need to know about an education loan

UIDAI to telecom companies: Inform users if their SIM is linked to Aadhaar

Aadhaar-Bank Account Linking Deadline Must Be Extended Of PNB Fraud

With the Switch, technology has finally caught up to Nintendo

APPLYING FOR A PASSPORT? THE RULES HAVE CHANGED!

The shocking truth about flat earthers

Check your PF Passbook and balance online in easy process

Aadhaar warning! UIDAI wants you to do this before sharing info on the internet

Now Google Maps can help find places with no addresses