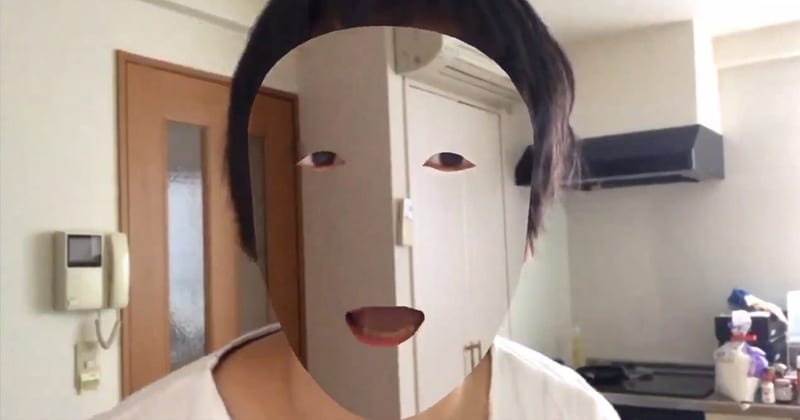 As we all know, recently the tech giant Apple tech launched the much-anticipated smartphone iPhone X. Apple’s latest iPhone X packs some awesome features and one of those is Face ID. Face ID technology feature of iPhone X has received many negative ratings from users.

Game developer Kazuya Noshiro (@noshipu) had managed to get his face transparent with the help of Face ID hardware. The game developer calls the trick “optical camouflage”. The developer was able to erase his full face except for his eyes and mouth.

Actually, Kazuya Noshiro made an app by using the game-development platform Unity. He posted a 10-second clip on Twitter in which he showed the trick. However, the developer doesn’t share any information regarding how it works.

One of his Twitter followers was quick to ask whether he used a pre-recorded footage of the background. To which Kazuya Noshiro replied “Correct Answer”. “It is scary. I do not really know what it can be used for,” Kazuya Noshiro said (translated).

Right now Kazuya Noshira is the CEO of the company ViRD which specialize for games based on VR and AR. So, the trick seems to be working and it could bring the fresh outlook in the world of AR.